I never thought that I’d be facing down the barrel of a gun while eating sweeTarts and taking my Scrabble turns, but there I was. Having just gotten home from a night out with friends (and feeling completely fine, mind you), I felt three pains tear across my chest and upper back. I immediately knew “it wasn’t good”. I crawled part of the way to the living room, screamed for my oldest, and he and his girlfriend called 9-1-1 and my partner, Tony.

All hell broke loose. The ambulance showed up, as the EMT’s took my vitals they kept trying to calm me down, but that wasn’t happening. I screamed and kept screaming, “this hurts, I’m dying”. Based on the symptoms, I knew it had something to do with my heart. Of course I assumed it was a heart attack, here I was, 54 years old (2 weeks from 55) and I was having a heart attack. What I didn’t know was that what I had was much worse.

Back of the ambulance, sirens blaring, still screaming, afraid they couldn’t help me fast enough, we got to my local hospital. My mother got home in the middle of the tumult and she and my son followed us. Tony got there just a few minutes later. My ECG was normal – no heart attack. They started running tests – all the while I’m still screaming, “I am dying”. They would not give me any pain medication because they did not want to mask any symptoms that might lead to a diagnosis. They needed to find the cause. Next came an awful concoction I needed to drink in order for them to give me a CT scan. The tests kept coming and they were not finding the problem. One doc told Tony that they saw something that might be wrong with my aorta, but they didn’t think it was serious and the next time I saw my primary care physician I should have it checked out.

At some point, my mother and son left the hospital – leaving Tony there alone with me. At some other point, I guess they got tired of my screaming because they started pumping me full of Dilaudid. They never got control of the pain, but every twenty minutes, they were there to ease it as much as was possible.

The hospital personnel told Tony that they still don’t know what was going on and that they were going to admit me for more tests. He called my mother and asked her to come back so that he could go home and shower to get ready for work. His plan was to come back in the afternoon. She came back to the hospital and he left. I don’t remember any of this – by this point I am under heavy sedation.

(a facsimile conversation between the doctor-on-call and my mother)

Dr.: Mrs. G., your daughter is having an aortic dissection, and if she doesn’t have emergency surgery we are going to lose her. Your daughter is dying.

Mother: With all due respect, I want her to be seen in Boston.

Dr.: No disrespect taken, we are not equipped to do this surgery here; she has to go to Boston. It’s rush hour, we want to have her medflighted. We need you to sign for her to give us permission.

Numbly she signs the papers and makes whatever calls she needs, including Tony. Somehow I have my cell phone back (it was taken from me earlier) and I send the following text to about ten of my closest friends at 8:45am, “I’m about to be transferred to Mass General Hospital for emergency surgery on my aorta. I had a weird attack at around nine o’clock last night and it requires immediate help. I can’t really talk now – the pain is excruciating. I’ll keep you posted,” I can clearly remember sitting on the floor in the emergency room, trying to type that text – it felt like the most important thing I had to do. Needless to say, it scared the hell out of my friends who had no idea that anything was wrong – especially the friends that I had been out with the night before.

seriously, I have no idea of the time, except that is was Thursday, 11/19 in the afternoon

The next thing I remember is waking up in cardiac ICU at Mass General Hospital after the surgery sometime Thursday afternoon – I was unconscious for almost 30 hours. When I woke up, I was surrounded by the people I love most, my brother had come up from New Jersey, Kegan and their girlfriend were brought up from college, my mother and of course, Tony were all there. (My son got there later).

They spent the next few days filling in the blanks for me. I had an aortic dissection Type A, a weakness had developed in my aorta and as the blood flowed around it, the aorta was quickly being eroded. They had to remove a section of it and replace it with Dacron mesh and Teflon. They also used surgical steel rings to put my ribcage back together. (Yes, I have one of those zipper scars running down my chest now, the scar makes me feel like a warrior).

I was released eight days later on Thanksgiving. There was plenty to be thankful for.

For the record, aortic dissection is the bastard that took out John Ritter when he fell victim on the set of his new TV show, 8 Simple Rules for Dating my Daughter.

Approximately 40% of people who have an aortic dissection die before reaching the hospital, and for each hour that goes by, another 1% lose their lives. My surgery didn’t begin until Wednesday afternoon, because the surgeon was in another emergency and I had to wait. It was approximately 17 hours from the time I felt the pains until the time they took me into surgery. You can say I am one of the lucky ones.

Why do I choose to share this today, because today is six months since the surgery. It’s been a time for recovery and reflection. It’s also been a time of love. I view the world differently now. I tell people that I love them, I stop and smell the roses, I worry less about work, I let go of things I can’t control with much less of a fight. I am thankful and grateful just for being alive. Yes, I am one lucky girl. 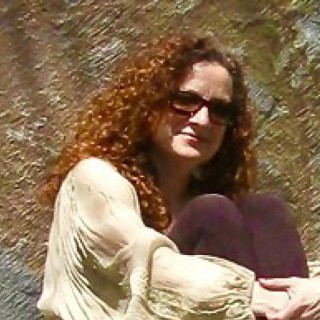 Writing a blog is like eating an elephant. If one eats an elephant they do it one bite at a time. I’ve got a million bites and I am here to share. Why now? There’s lots to talk about – and I came too close to checking out last November. Yeah, that’s a story, though not the first one I’ll tell.